A year of rain 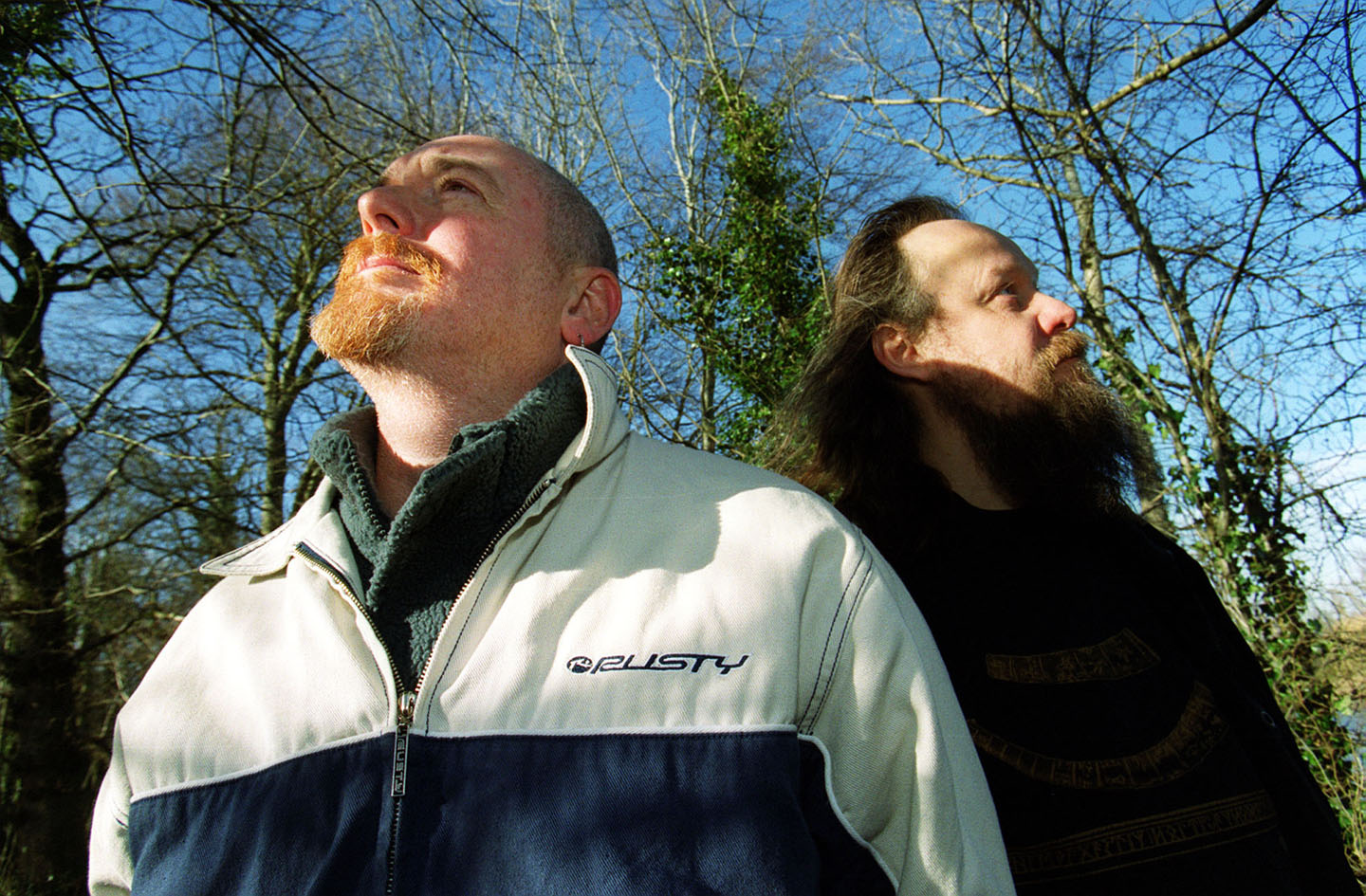 A development within my own work as a visual artist since 1995 has been dealing with annual and natural cycles in nature and time, with the research aspect of the work usually evolving over a twelve month (calendar year) period. Bliain Le Báisteach initially started from a personal interest in weather and rainfall patterns, and the patterns used to present the weather in weather forecasting. To this end I approached Met Éireann, the National Meteorological Service, inquiring as to how rainfall data was collected and monitored in Ireland. Having received this information, I then approached Mikael Fernström, at the Interaction Design Centre, based in the University of Limerick, as to how feasible it would be to convert rainfall data into a musical/sound composition. After our initial meeting and with a shared interest in the creative relationship between art and science we both agreed to work collaboratively, as well as to formally approach Met Éireann to become part of the rainfall project.

The collected rainfall data from 1999, the last year of the twentieth century was converted into digital information, which was then fed into a neural network trained by a music data base of selected traditional Irish melodies. This information was then converted into a musical score, and shaped into an abstract musical composition with a distinctively traditional Irish flavour.

The final exciting element of this collaboration was The Irish Chamber Orchestra, based at the University of Limerick who undertook the challenge of orchestrating, recording and playing (live) the abstract computer generated composition. A debt of gratitude is due to both John Kelly (Chief Executive) and Fionnuala Hunt (the leader of the Irish Chamber Orchestra), for responding so positively, and creatively to the concept of the project, and the score.

The finished composition will be given as a number of public performances, including a selected show casing at the Irish Pavilion as part of Expo 2000 in Hanover, Germany, in June 2000. There will also be a live World Premier performance of Bliain Le Báisteach at the University Concert Hall in Limerick, in September 2000, which will be beamed live over the internet.

Met Éireann also provided us with satellite images of rainfall patterns over Ireland for 1999. These images (1460 images for the year in total) are edited into an animated video art work that is an integral part of the live performance of the work, and also accompanies this music CD-ROM.

This project would have never left the sketchbook without the financial support, trust and encouragement from the following organisations and individuals:
Arts Council of Ireland, Met Éireann, Limerick County Council, National Millennium Committee.

Bliain Le Báisteach's appearance at the Irish Pavilion of EXPO 2000 was kindly sponsored by Minister Kitt, The Department of Trade, Enterprise and Employment (Ireland), The Office of Public Works, and facilitated by Orna Hanly Architect.

When Sean Taylor approached me early in 1999, asking if it was possible to create music from rainfall data, a number of years of research suddenly crystallised into a yes. In my research on Sonic Browsing I had investigated if it was possible to browse sounds and music through hearing, creating computer programs that would allow people to navigate through screenscape and soundscape simultaneously. In a paper in 1997 I had described what it felt like using my Sonic Browser, like walking through a Fleadh Ceoil gone mad, with many different songs playing at the same time. The Sonic Browser enabled people to find a song almost thirty percent faster than with ordinary visual methods. I had also tried, at one stage, to make sounds and music from environmental pollution data, but at that time this was not my main objective. When Sean asked me if I wanted to develop this project together, I felt it was also a unique opportunity to practice what I preach, as a lecturer in Music Technology and Interactive Media at the University of Limerick. I also realised that I have spent far too many years expressing my ideas as a scientist, suppressing the artist and composer within.

In Bliain Le Báisteach you can experience many different things. First of all, the rainfall data itself is very complex and chaotic by nature. There is no way we can escape the weather, and we really don’t have any means or methods control it. Looking at the data just as numbers makes very little sense - endless lists of numbers. One can, of course, create a graph from the data, which gives you a visual diagram with hills and valleys, making more meaning than just the numbers. You can then, for example, see at what time of the year things are really wet. Perhaps in the future, by making music from rain data, we might be able to forecast the weather through musical expectation?

You can also look and listen to Bliain Le Báisteach on a micro - macro level. The sweeping patterns of swirly weather systems coming in from the Atlantic in the satellite images are like looking at an oil painting at a distance. On the micro level, the rainfall data is like moving closer, looking at the individual brush strokes, although you are not looking at this level - you listen. If we had just made straight sounds or notes of the data, it would not have sounded very interesting. By devising a neural network trained with traditional Irish music, you get the brush strokes reanimated with musical Gestalts - patterns or gestures that carries meaning on a higher level; musical structures that our minds can get a grip on and understand.
It is also interesting to think about that we have squeezed a full year of information into some few minutes of music. It is all there, all the rain of Ireland, down to the very last note.

Bliain Le Báisteach is a multimedia work. We are using both images and music, trying to show what is going on in our environment through both sound and images. Most of my ideas about how the visual relates to the auditory, and the way I can work with the senses as a composer and scientist, are influenced by for example Douglas Hofstadter's book from 1979, “Gödel, Esher Bach”, where he develops and explains an understanding of aesthetics that bridges the gaps between visual art (Esher), music (Bach) and mathematics (Gödel). He shows how certain patterns in each discipline can resonate with the human mind and how the different disciplines can express the same idea, sometimes from different viewpoints. Blain Le Baisteach, being a multimedia work, attempts to apply these ideas in a contemporary way.

In this work, I also hope we have shown that art and science can be one. Perhaps the closure of the 20th century is the end of the Cartesian worldview and that we from now on can start to work with a bigger picture.

Finally, working with the Irish Chamber Orchestra has been a real pleasure. They are the most talented, virtuoso musicians I’ve ever worked with. It is amazing how they have added human dimensions to a piece of music grown from chaotic data and mathematical ideas.

Next time you see, hear and feel the rain, think about that it is probably one of the main factors enabling life on this planet.

Levels of rainfall and humidity in Ireland are high, especially on the more elevated locations in the West. The prevailing westerly winds are moisture-laden as they hit the west coast after travelling across several thousand kilometres of Atlantic Ocean, hence the often substantial and persistent falls of rain. The proverbial "Irish rain" owes its appellation to the frequency of precipitation. The mountains of Donegal, Mayo-Galway and Kerry-Cork experience over 220 'wet days' each year, a wet day being a period of 24 hours with precipitation of at least one millimetre.
What would Ireland be, though, without this rain of hers. Rain is part of her charm. The impression one enjoys before landscape in Ireland, even on the clearest of days, of seeing it through a veil of tears, the mitigation of contour in the compresses of our national visibility, to what source can this benefit be ascribed if not to our incontinent skies? Asked Samuel Beckett in his first novel Dream of Fair to Middling Women, which was written in the Parisian Summer of 1932.
At the same time another Irish writer in exile, James Joyce, was binding together sound and image- borrowing plumes- to compose Finnegans Wake. Irelands music, poetry- broken heaventalk- are all there. This acomedy of letters has neither beginning nor end. Its heroine is the river Liffey. She re-circulates rain to the sea, while the commode returns water to the river. You can hear the riverine music coursing through this chaosmos of Alle, babbling, bubbling, chattering to herself.
In the beginning was the thunder. And the most unusual, the most conspicuous feature of the verbal landscape of Finnegans Wake is the ten 'thunderclaps', each of them one hundred letters long (except for the last one which contains an extra letter, which brings the total to 1001 letters- a deliberate invoking of The Book of a thousand Nights and a Night). With the first five thunders Joyce moves from the iconic and integral mode to the analytic and visual. The second five claps move from the visual to the audile-tactile.1
The Wake is designed to be read with the simultaneous involvement of the ear and eye. At the time of writing Joyce was near blind. Ton those who found the Wake unreadable, he suggested not reading but listening to it. But it is also a self-reflexive book about the role of the book in the electro-mechanic world of the new technology.2
13 May 1827: Rain all day. 7 September 1828: Rain unceasing, from eleven o'clock in the morning throughout the day and the night. 3 March 1832: A morning of unceasing rain. 11 May 1834: A fine, soft, rainy day. 24 June 1835: A heavy shower at day dapple, showers and bright intervals.3 Amhlaoibh Ó Súilleabháin (1780-1838), a hedge schoolmaster and shopkeeper from Callan, County Kilkenny, is the author of the first known diary in Irish, which ranges over an immense variety of topics. It covers the period that extends from the beginning of 1827 to the end of July, 1835. Ó Súilleabháin records almost daily a weather chart so detailed as almost to bore the reader.
Contrary to the master-minds of Bliain Le Báisteach, Sean Taylor and Mikael Fernström, Ó Súilleabháin was not in a position to approach Met Éireann. He had to painstakingly monitor the rainfall himself, day in and day out.
Sean Taylor, who as a visual artist has been dealing with cycles in nature and time since 1995, collected all the data available from Met Éireann in relation to the daily rainfall patterns available from all the recording stations in Ireland for 1999, the last year of the 20th century. With the expert knowledge of Sean Taylor's collaborative partner Mikael Fernström these were fed by a neural network, trained by a data base of Irish traditional melodies. This information was then converted into musical notation and shaped into an abstract musical composition.
In Finnegans Wake the Prankquean is the rain (distilled, that is, abstract water), whose clothing is the clouds. As a queen she reigns. And from the cloud, she rains, often thunderously. But contrary to Prankquean and her reign/rain of tyranny of the visual over the other senses, Mr Rainy Year is concerned with sound. He is lashing elemental squall on you. Like the music of Seamus Heaney's 'Rain Stick'4 this is a music that you never would have known to listen for. You are like a rich man entering heaven/ Through the ear of a raindrop. Listen now. Le cúnamh Dé agus na dea-uaine.